The Impact of Gamification on Socio-technical Communities: A Case for Network Analysis 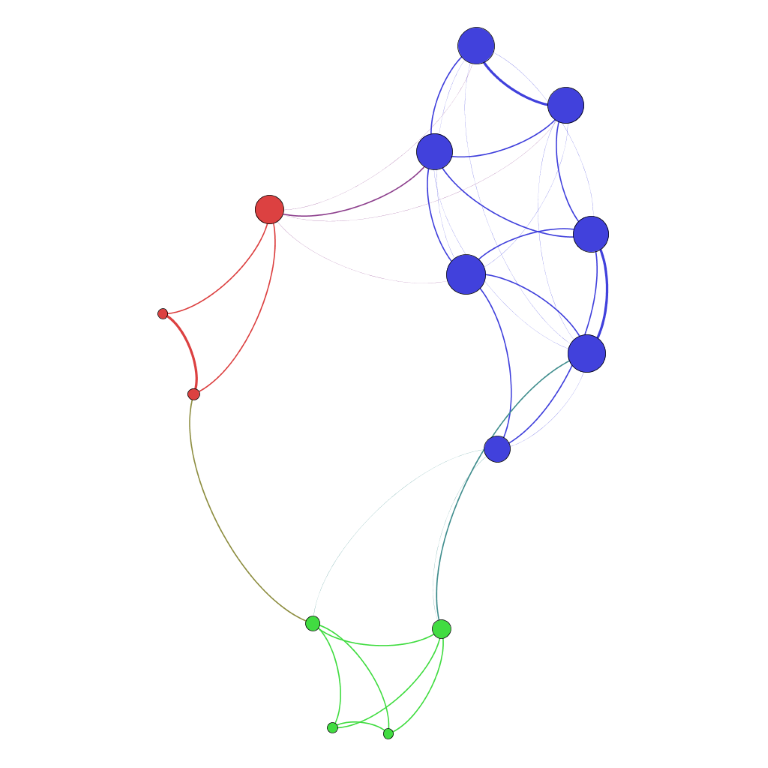 Recently my colleague Timo and I wrote a paper that emphasizes the importance of two things: First of all, the importance of network and community analysis in gamification research. We claim that the impact of gamification can be seen not only at the level of the individual, but that it will impact the structure of sociotechnical communities. We propose that building hypotheses on the type of the impact and rigorously testing them will be a research agenda with potential for generating significant novel knowledge.

An open access version of the paper is available at CEUR-WS.

Designing for motivating and engaging experiences is at the core of gamification. The results of gamification are often evaluated with user experience testing involving recordings, surveys, and interviews. However, in multi-user socio-technical environments the benefits of gamification are often realized in interactions between users. We propose that social network analysis should be used more to analyze the impact of gamification at community level. To demonstrate the approach, we present a study where a gamified computer-supported collaborative learning system was introduced to a course, and compare the course to a previous instance. Furthermore, we present several examples of how social network analysis can be used with hypothesis testing and discuss the benefits of the approach.

Knutas A., Hynninen T. (2018). The Impact of Gamification on Socio-technical Communities: A Case for Network Analysis. In Proceedings of the 2nd Workshop on Games-Human Interaction (GHITALY 2018). (Open access at CEUR-WS)